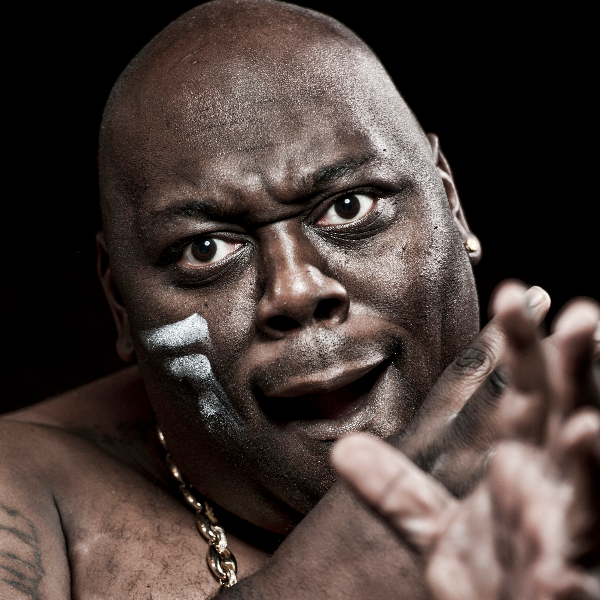 Faizon Love (born Langston Faizon San0sima) is a Cuban-born American actor, comedian, and writer, who has appeared in some of pop culture’s most iconic films, such as Friday and Elf. Love’s characters bring life to each film, and his comedic 0ming was honed as a stand-up comedian Raised in Southeast San Diego, California and Newark, New Jersey, because of his father’s career in the United States Navy, Love’s interest in comedy started at the early age of fiJeen. Shortly aJer gradua0ng high school in San Diego, Love relocated to New York, trading the piMalls of a budding career in street pharmaceu0cals for the stage. Soon aJer, he was making his mo0onpicture debut in the animated comedy Bébé's Kids, in which he earned praise for providing a close vocal impression of the late great comedian Robin Harris, who had died suddenly before the produc0on on the film started. With the success of Bébé's Kids, Love landed a role in the Meteor Man starring Robert Townsend, who then later cast him in a co-starring role on his sitcom The Parent ‘Hood. Love has since appeared in a vast number of films and TV shows such as Couples Retreat (Vince Vaughn, Jon Favreau) Money Talks (Chris Tucker), Don’t Be a Menace to South Central While Drinking Your Juice in the Hood, The Players Club, Blue Crush, Torque (Ice Cube, Lawrence Fishburn), Idlewild, Who’s Your Caddy (Terry Crews, Sherri Shepherd), The Perfect Holiday (Charlie Murphy, KaX Williams), Black-ish, Big Mommas (Mar0n Lawrence), It’s Always Sunny in Philadelphia, That’s So Raven, Real Husbands of Hollywood, Step Up: High Water and The New EdiPon Story, just to name a few. Through the years, Love has also lent his stand-up comedy to a number of comedy specials including Def Comedy Jam, Shaq’s All Star Comedy Jam, and Mar0n Lawrence’s 1st Amendment Stand-up. Love’s most recent roles can be seen in the ac0on-comedy film Bullet Proof 2 on NeMlix, The War with Grandpa alongside Robert Dinero, and the upcoming Season 3 of Step Up: High Water