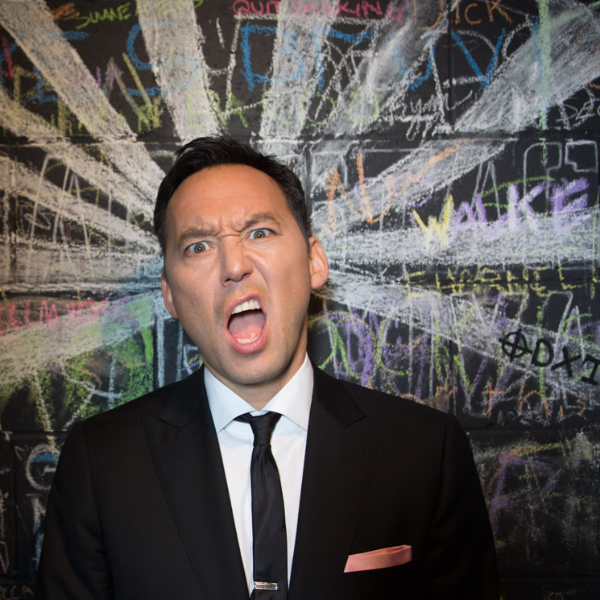 We are selling tables instead of tickets. Each table can accommodate parties of 2, 4 or 10 people.

Ticket holders for 7pm show: Doors at 6pm and please leave The Comedy Club building no later than 9pm.

To avoid outside gatherings and a gathering in the lobby we ask ticket holders for the 930 show to please not arrive earlier than 9pm.

The kitchen is open and we do encourage everybody to enjoy dinner with us!

Steve Byrne has risen through the ranks of the comedy world to become one of the industry’s most innovative and sought-after performers. He has evolved throughout the years into an extremely versatile entertainer that delivers on a day-to-day basis. Hailing from Pittsburgh, PA, Steve Byrne was born to a Korean BBC mother and an Irish father. His unique background gave him the base comedic material for his first television show, Sullivan & Son, which aired for 3 seasons on TBS.

Byrne just released his first documentary film he directed "Always Amazing" about comedian/magician The Amazing Johnathan on the Bill Burr's All Things Comedy channel on Youtube. In 2020, he will release a feature film he wrote and directed "The Opening Act" about his early years in stand up. As with "Sullivan & Son", it's being produced by Vince Vaughn. Steve released his fourth hour stand up special entitled "Tell the Damn Joke" in early 2017. He previously released his third comedy special, Champion, on Netflix in May 2014. His popular podcast, The Gentlemen’s Dojo, premiered in late Aug. 2015 on All Things Comedy and was a passion project for Steve along with his co-host, Gary Cannon.

He began his career slugging it out in the comedy clubs of New York City and making the esteemed Comedy Cellar his home club all the while. In 2006, after winning TBS’ cutthroat competition, the “Standup or Sitdown Comedy Challenge”, Byrne was hurtled into a brilliant television and film career. As his popularity began to expand, Byrne was featured in his very own half-hour Comedy Central Presents which was soon voted as one of the best specials of all time in the Comedy Central Standup Showdown. His hilarious standup has been seen on TBS’s Conan, ABC’s Jimmy Kimmel Live, CBS’s The Late Late Show, BET’s Comic View and he has appeared on NBC’s The Tonight Show a total of 10 times.

A true international comedian, Byrne has performed to sold-out crowds around the world. He has been a featured comic at the Just for Laughs Festival (in Montreal, Toronto and Chicago), HBO’s US Comedy Arts Festival in Las Vegas and the CanWest Comedy Fest in Vancouver. He has been part of several national comedy tours including The Jameson Comedy Tour, Vince Vaughn’s Wild West Comedy Tour, The Kims of Comedy, The Camel Cigarettes Sin City Tour, and his own national Myspace Comedy tour. Byrne even had the honor of opening for popular musical acts such as Kanye West, Mariah Carey, Modest Mouse, Puddle of Mudd, Spoon, Rev. Horton Heat and many more. As a big supporter of the US troops, Steve also headlined several USO tours in Afghanistan, Iraq, Japan and Guam.

Byrne has appeared in the hit comedies The Dilemma, Couples Retreat, Four Christmases and The Goods: The Don Ready Story. His 2006 documentary, 13 or Bust (available on youtube), chronicles the attempt to perform 13 comedy shows in Manhattan in one night. He's currently preparing his fifth hour special for 2020.

Steve now calls Los Angeles home, woking his nights off the road at iconic Hollywood clubs, The Comedy Store and The Improv. Byrne’s lack of ego and outstanding work ethic has helped him become one of today’s most respected comedians.